There are three of them now. The additional one came with the fiancee. Just add water and stir=instant kid!

Child A is my sensitive emotional little boy who believes everything in the world should be black or white. He can’t wrap his head around unicorns pooping butterflies but he is one hell of a soccer player. So much so, we spent the summer camp money so he can be in a soccer league. 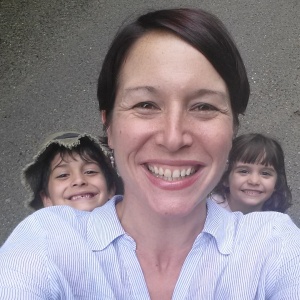 Child B is the newest addition and stuck right there between the first two little shits. He still believes in Santa and the tooth fairy, but not leprechauns. If he could have his whole room made of Legos, he would.  Don’t be fooled by his innocence, he’s got a mouth on him .

Child C is always instigating an argument but always the first one to smother you with kisses. She wants to be a unicorn that poops butterflies when she grows up but doesn’t understand why her brother does not want to be the same thing.

One thought on “Little Shits”